Ofer Eitan Divulge: Grenfell Inquiry: What we learned from the project client…

17 Oct Ofer Eitan Divulge: Grenfell Inquiry: What we learned from the project client…

After 50 days of evidence from contractors and consultants involved in the ill-fated refurbishment of Grenfell Tower, project client the Kensington and Chelsea Tenant Management Organisation this week became the subject of questioning at the inquiry into the disastrous fire in 2017.

First up from the now disbanded management organisation was Paul Dunkerton, a project manager at the TMO, who was quizzed about the decision to drop original contractor Leadbitter from the tower block refurbishment project in 2013.

The inquiry heard that KCTMO’s cost consultant Artelia had cautioned against jettisoning Leadbitter from the project as savings of £2m were sought from the firm’s early stage quotes for the work. Instead, a fundamental review of what KCTMO could get for its budget was proposed.

However by June of that year, Artelia had changed its advice and supported the idea of a re-procurement exercise in a move driven by the Royal Borough of Kensington and Chelsea’s director of housing, Laura Johnson.

Artelia had earlier said the project was a failure risk and that re-procuring its main contractor would only “incur additional time and expense”. Dunkerton told the inquiry his role on the was mainly administrative.

Tuesday’s session heard from Mark Anderson, who was KCTMO’s interim director of assets between 2011 and January 2013.

He was asked about checks that were made on project architect Studio E’s past experience with high-rise overcladding projects before it was appointed to the Grenfell refurbishment – adjacent to the Kensington Academy and Leisure Centre (KALC) the practice was delivering for RBKC.

Anderson admitted that he had never asked Studio E directly whether it had delivered a high-rise overcladding scheme before. The practice had not. Anderson said he did not know why he had not posed such a question.

Inquiry barrister Andrew Kinnier QC spent much of the day asking about the procurement of the Grenfell project and whether it was Ojeu-compliant because, for speed, the plan was to rely on the Ojeu process RBKC had undertaken for KALC in summer 2011.

Anderson, who is a former architect, described that process as “rigorous”. 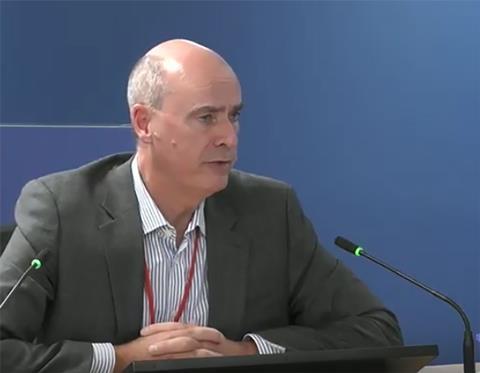 He said he had at least two meetings with Studio E director Andrzej Kuszell and reviewed RBKC’s procurement documents for KALC, and asked his team to research Studio E and all the consultants working on KALC to establish their professional standing, client base and competence.

“There was nothing to indicate we wouldn’t want to use them,” Anderson said of Studio E. “There was a process I went through to satisfy myself that the pre-construction professional team were suited to a project of that nature.”

Back in March, Studio E founder Kuszell told the inquiry that the practice’s lack of experience in overcladding high-rise buildings would have made it unlikely for the firm to be appointed to the Grenfell project if the work been put through the Ojeu process.

Anderson also told the hearing that Studio E’s project lead for Grenfell, Bruce Sounes, had been a “very different individual” in 2012 and 2013 to the architect who appeared before the inquiry earlier this year.

“I was quite impressed with Bruce,” he told inquiry chairman Sir Martin Moore-Bick. “I think the Bruce Sounes you had here in March is a very different individual to the one I had experience of. He appears to have lost confidence and his enthusiasm and drive.”

On Wednesday former KCTMO head of capital investment David Gibson told the inquiry that the organisation’s decision not to hire an independent Client Design Adviser (CDA) to assist with Grenfell’s refurbishment was not financially motivated.

The former architect said cost consultant Artelia’s suggestion that bringing in a CDA would be helpful to avoid problems as main contractor Rydon took on the project on a design and build basis had been rejected because it was seen as an unnecessary move.

“It’s not something I’ve ever previously been recommended to have,” Gibson said.

“I believe we had the suite of contractual documents that were required, we had the designers on board so I didn’t give it a great deal of consideration. Some of it, I thought, was doing a check that the clerk of works were already doing on site.”

Gibson told the hearing that at the time the idea of appointing an experienced architect to advise the TMO on value engineering and design compliance was mooted, all major design decisions on the project had been taken.

Last week, Philip Booth – an Artelia staff member who was employer’s agent for the TMO for part of the Grenfell project – told the inquiry he believed saving money was part of the motivation for not employing a CDA to provide design challenge.

Gibson rejected the suggestion on Wednesday. 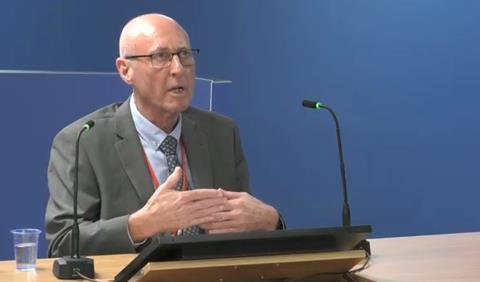 He was also quizzed about the degree of scrutiny that was given to value engineering-led proposals to change the project’s originally proposed zinc cladding for aluminium composite material.

Gibson said the TMO had purely been focused on how alternative materials would look because it had been taken as read that all proposed alternatives would meet Building Regulations requirements.

“We were not expecting to be offered materials that were not compliant, so we weren’t asking questions about compliance,” he said.

“We knew there was a requirement for the materials that were used, and how they were put together, to be in accordance with regulations and legislation. So we weren’t having that type of discussion.”

Gibson told the inquiry he stood by his assertion in one of his written witness statements that Rydon contracts manager Simon Lawrence had assured him all of the materials being used for Grenfell Tower’s new cladding system were “completely inert”.

No minutes exist from the meeting in which the assurances were said to have been given and Lawrence denied giving such an assurance in his evidence to the inquiry in July.

Gibson continued his evidence on Thursday, when he admitted that KCTMO had knowingly gone against its own legal advice when it engaged in secret pre-appointment talks with Rydon that aimed to get the prospective main contractor on board for an £800,000 value engineering-driven cut to its £9.2m winning bid.

He said the move had been prompted by time pressures to get a report on Rydon’s selection as preferred bidder to the KCTMO board.

At the end of his evidence, Gibson was asked what he would have done differently on the project with the benefit of hindsight. He said he “would have liked to follow up” the concerns he raised about the new insulation being added to Grenfell Tower as part of its cladding system.

KCTMO’s last witness of the week was Grenfell project manager Claire Williams. Like Gibson before her, she defended the organisation’s decision not to appoint a CDA – arguing the move “would have been a complication in the design responsibility in the contract”. 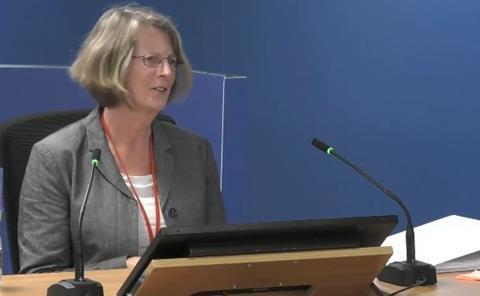 Williams said she understood the service a CDA provided but “couldn’t think of anything positive about it” for the Grenfell project.

“We had a design and build contract where the responsibilities for the design lie clearly with the contractor,” she said. “This would be an additional tier that, perhaps, wouldn’t bring anything to the table.”

Inquiry chair Moore-Bick asked Williams whether it had occurred to her that specialist contractors might make mistakes that a CDA could alert the TMO to.

She replied: “The specialist design was such that we felt the specialists who did the design did that day in, day out. A design adviser would be unlikely to have specialisms in cladding and M&E as well as the other elements.”

Williams is due to return on Monday, when the inquiry continues.