When she was 22, Gita Ramanan stepped into a meeting room where 18 men were seated. “When is your boss coming?” one of them asked. Having recently been selected from among 150 architects for a competition to design a complex of 800 apartments, she gently broke it to them that she was in charge. Thirteen years later, she still reigns as the boss—at Design Cafe, an interiors firm with more than 700 employees and 5,000 clients that she set up with her partner Shezan Bhojani.

Their startup offers personalised design solutions for homes at affordable prices. At their experience centres in Bangalore and Mumbai, customers can sample prototypes, customise them according to their needs and even experience designs in VR. As the single point of contact for customers, they do away with the hassles of liaising with contractors, sourcing materials and quality control. In an industry notorious for delays and maintenance hassles, they promise a 60-day turnaround time, no cost escalation and warranty for 10 years.

They set shop with a lofty mission: democratising design. Having been in the industry for more than a decade, Gita realised that there was some level of standardisation and factory production for commercial projects, but not for residences. “You could get 100,000 sq ft done up in 30 days, but 1,000 sq ft couldn’t be completed in even 120 days,” she explains. The prices for customisation of homes were equally flabbergasting: “I saw all these high-end kitchens that cost Rs 15 lakh and as an architect, I kept wondering, what are they putting in it? Besides, I couldn’t afford the kind of houses I was designing. It was crazy and I thought, God, there’s got to be a better way! I saw in that an opportunity to build a large business.”

She adds that at lower budgets, customers were getting homes that did not serve their needs—Italian kitchens with no provision for stacking kadhais and thalis; cookie-cutter drawers that could not bear the weight of their contents; and lack of space to store household essentials such as brooms, wires and “other stuff that is stashed behind doors when visitors arrive”. “If you want to design a guest room, for instance,” she explains, “you need to know how many visitors will come and how often. I used to design high-end homes with this level of attention to details, but I realised that many could not take advantage of this because it was too pricey,” She concedes, however, that she hasn’t completely achieved affordability yet: “We don’t have a solution if you want to get your entire home designed for less than Rs 5 lakh.”

But how did she transition from high-end to a Rs 5-lakh home? “There are so many ways to cut costs if you dig to the bottom of things,” she explains. “For instance, we discovered that a leading retailer does not manufacture their products, so it’s cheaper to source from the producers directly. We found a brand that uses eucalyptus wood, which is naturally termite- and borer-resistant, thereby leading to savings on protective coatings.”

She also ensures optimal usage of raw materials. “Everything comes in standard sizes—plywood and laminate are 8×4 ft, glass and marble 10×6 ft. When you design odd sizes, the leftovers go to waste. Contractors will charge you for the entire material, which is often responsible for cost escalation from the design to the execution stage. Our software helps us utilise the scraps for smaller things such as ledges, shelves and coffee tables. I still don’t know why certain Italian kitchens cost Rs 15 lakh, but I do know that I can give you the same finish for Rs 3 lakh, that too with a thali-holder. Your interiors should work for your lifestyle, at your price point,” she declares.

But most importantly, the company has taken over each aspect of the design and execution. Initially, they adopted an “Ola-Uber model”, where they used the spare capacity of other factories. But that did not give them control over the quality and timelines. So they began procuring their materials, set up a factory and hired installers, carpenters, painters and other staff. “Everyone went berserk,” laughs Gita, “but the move paid off.” They now deliver more than 100 projects a month. 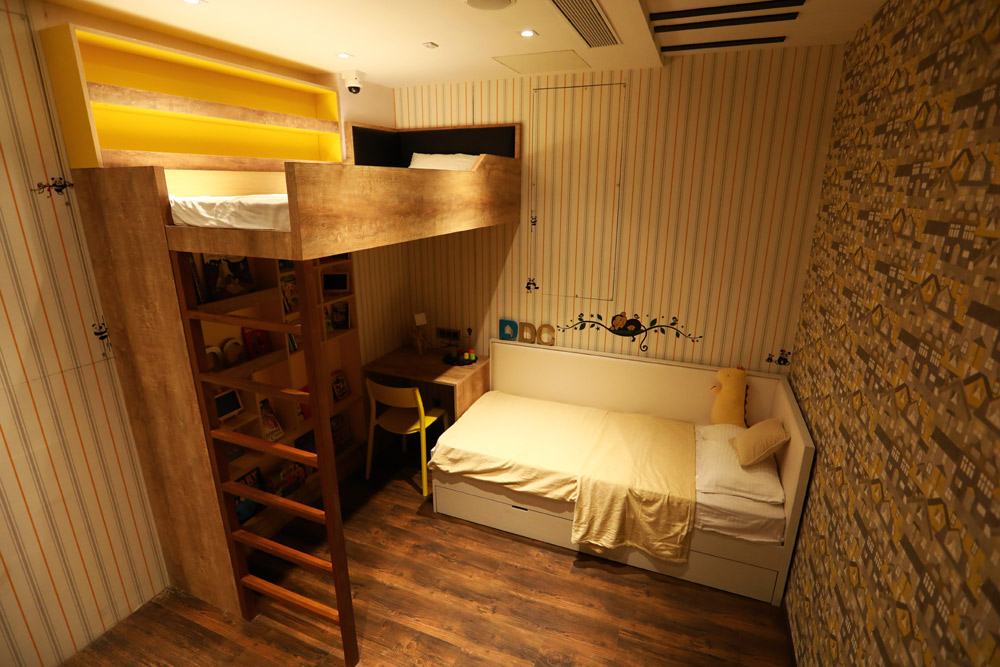 Did her venture face any major setbacks? “It would sound more poetic if I had one of those, right? But no,” she chuckles. Gita then explains how Design Cafe was the culmination of a decade’s experience, mistakes and course corrections. After they were selected to design and execute the apartment complex in 2006, they set up a firm. But the promoters eventually ditched the plan as they could not find enough buyers. “After that, we worked on salons, schools, offices—anything that came our way,” she recollects. “But we were trained as architects and although many architects start their own practices, we were never trained in running a business—managing payroll, profit and loss and so on. We wanted to create something of value that would outlast us.”

That prompted her to enroll for the Goldman Sachs 10,000 Women entrepreneurship programme at Indian School of Business, Hyderabad. “I learned things which now seem basic—what’s a business plan and how to make one—but out of that experience was born Design Cafe in 2011.” She specifies that the firm was distinct from her latest venture, but she retained the name because their investors preferred it. It focused on residential and hospitality projects—Gold’s Gym and Au Bon Pain were some of their clients.

The ease of designing commercial projects was in stark contrast to the “broken experience” of the residential sector and caused them immense frustration. In 2013, they launched and simultaneously ran designkhoj.com, an online-first home interiors firm which failed because they “were trying to do too many things”. Although the earlier Design Cafe was a success, they shut it down to focus on interiors for budget homes. With half a million dollars in angel investment, they launched the portal designcafe.xyz (now designcafe.com) in 2015. Over the years, they set up experience centres in Bangalore and Mumbai; outlets in Pune and Hyderabad are in progress. The firm has received more than $35 million in funding from WestBridge Capital and Fireside Ventures.

In an interview in 2017, Gita had said that of all the challenges she had faced as an entrepreneur, being a woman was not one. When I ask her about that, she clarifies: “I come from a family where women were educated and worked, so on a daily basis, I don’t think of myself as a female entrepreneur. But as an architect, as soon as you step onto a site, you are the only woman. The masons are men, carpenters are men, electricians are men…there are few women in the real estate industry. In the beginning, whenever I went to a site, there was a quiz¬—men with 20 years of experience would constantly try to assess what I knew. It’s a rite of passage for all female designers. But you don’t have to be rude or obnoxious—you have to show that you know exactly what you are talking about. Initially, I tried a bunch of strategies, but the only thing that worked was being exactly who I was.”

She then opens up about the gendered expectations she has confronted as an entrepreneur: “Initially, it was hard to convince investors that I was the one heading the firm. So we sent Shezan to do the first set of meetings. Only when they showed interest would I come in the picture. That was the case until last year… I now realise that if you don’t talk about it, the problem gets magnified. Many women cannot progress when they hit a glass ceiling and if sharing my experience helps them, I must do it. It is hard for women in the industry, though things are changing now—we are being taken more seriously as professionals.”

For all her achievements, there’s something Gita still lacks—her parents’ approbation. “I am the black sheep of my community. For a long time, my parents never told anyone I had started a firm because that’s the worst thing to do—you are supposed to work in companies. What they find really cool are my gold medals and degrees from ISB and MIT, but even then they tell me, ‘That uncle’s son, after a medal from IIT, he got one from IIM’,” she laughs. “Even for their house, they took advice only from my sister, who has no design background whatsoever! It keeps you humble.”