The legacies of African American architects and designers—who, throughout the existence of this country, have contributed to the intellectual, aesthetic, cultural, and commercial development of our built environment, although often in the shadows—are far-reaching and varied. As we celebrate Black History Month, Interior Design looks at 10 pioneering men and women, from the accomplished architects of campus buildings at Duke University and the Tuskegee Institute to the designer of mid-century Hollywood homes of the stars. Each were among the first in their field and, thanks to their increasingly recognized accomplishments, far from the last.

Born in Wilmington, North Carolina in 1868, Robert Robinson Taylor was the first African American student allowed into MIT, graduating in 1892. Moreover, he was the first African American accredited as an architect in the country. Over his long career, Taylor built three colonial-style Carnegie Libraries for black colleges in Alabama, North Carolina, and Texas; a partnership in the 1920s with another black architect, Louis H. Persley, resulted in the Dinkins Memorial Building at Selma University and the Renaissance-revival Colored Masonic Temple in Birmingham, after which he went on to design the famed Booker T. Washington Agricultural & Industrial Institute in Liberia. But Taylor’s most enduring legacy stands at the African American vocational school Tuskegee Institute (now Tuskegee University), where he worked as vice president under Booker T. Washington. Throughout the last decade of the 19th century, Taylor designed more than two dozen buildings on its campus, including Ellen Curtis Hall, Sage Hall, White Hall, and Tompkins Hall. The school’s original chapel—which Tuskegee graduate Ralph Ellison described as having “sweeping eaves, long and low as through risen bloody from the earth like the rising moon; vine-covered and earth-colored as through more earth-sprung than man-sprung” in his 1952 novel Invisible Man, was lost to a fire in 1957. Taylor’s achievements on the campus remain a source of inspiration for future generations: Tuskegee’s Robert R. Taylor School of Architecture and Construction Science is named for him. 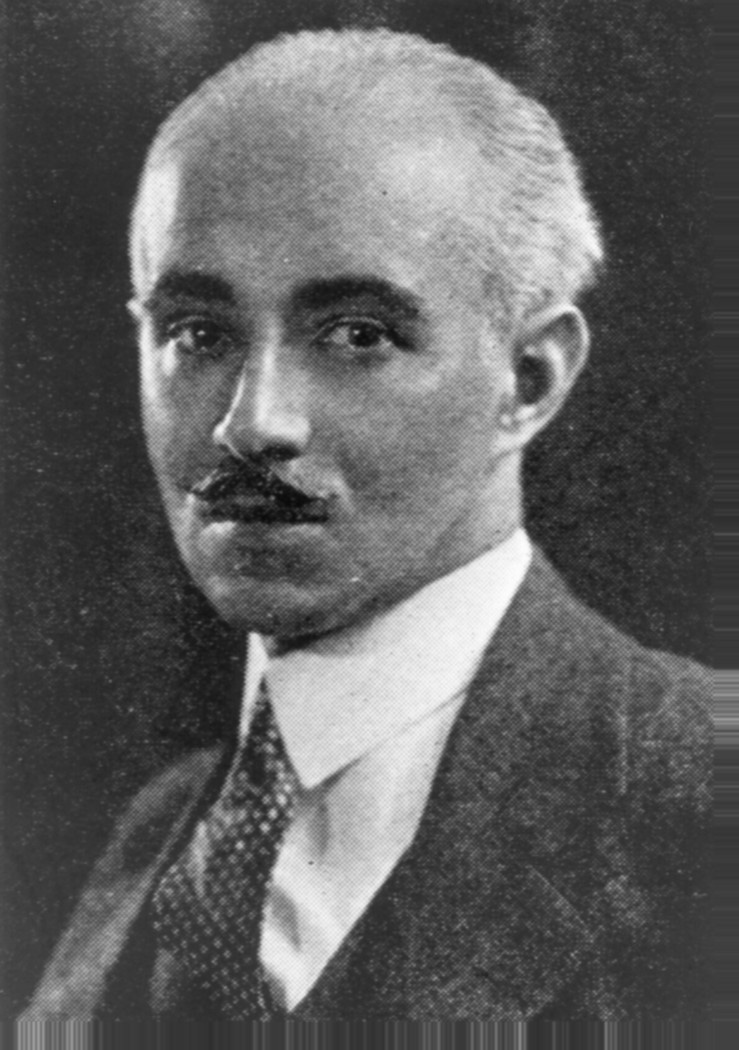 Such is the perversity of racism: Until 1961, North Carolina’s Duke University wouldn’t allow African American students to graduate from its English Gothic and Georgian buildings—and yet those very buildings were designed by a black architect. The first African American architecture graduate of the University of Pennsylvania, Julian Abele studied at the Pennsylvania Academy of Fine Arts, before joining the eminent Philadelphia firm of Horace Trumbauer, where as chief designer he created Beaux Arts buildings for the Philadelphia Free Library and Museum of Art, Harvard’s Widener Library, and a pile of Gilded Age mansions in Newport and New York City. After Trumbauer’s death in 1938, Abele took over the firm itself, and in 1942 was admitted into the American Institute of Architects. His work for Duke—more than 30 buildings including its chapel, library, stadium, medical school, and hospital—consumed the rest of his professional life until his death in 1950. In recognition, the university in 2016 named the area encompassing those original academic and residential buildings Abele Quad. Julian Abele portrait, courtesy of University of Pennsylvania Archives. 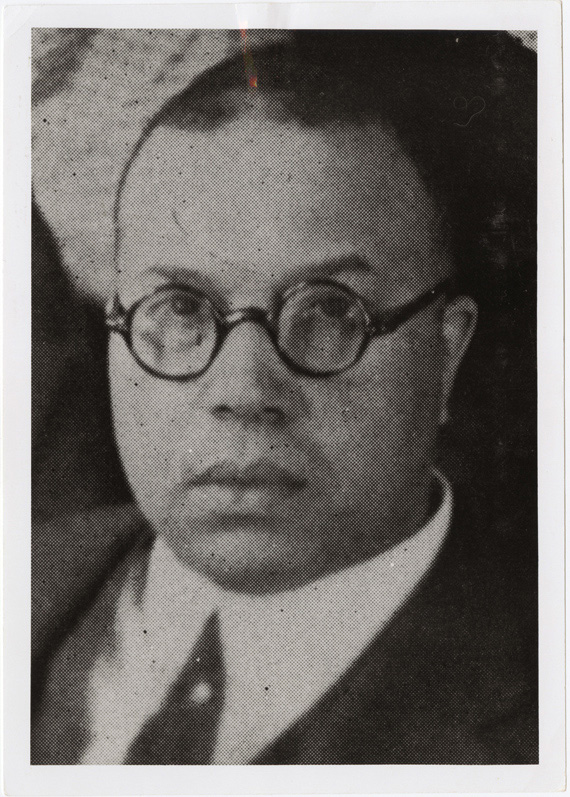 One of the African American students studying within the storied halls of Taylor’s Tuskegee Institute was Kentucky-born Vertner Woodson Tandy, who enrolled there in 1904 to study architecture. The next year, he matriculated to Cornell, where he helped establish the first African-American Greek letter fraternity (Alpha Phi Alpha) before graduating in 1908 and moving to New York City. The first black registered architect in New York state, Taylor soon partnered with George Washington Foster, the first black registered architect in New Jersey, and from their office on Broadway the team went on to establish much of 20th-century Harlem and surrounding areas. Villa Lewaro, a 1916 Federal/Regency Revival manor house in Irvington, NY for hair-care magnet Madame C.J. Walker was a triumph; while the 1925 Neo-Gothic-style Mother AME Zion church is the oldest African American church in New York City, and a city landmark. The Abraham Lincoln Houses urban renewal project in 1945 was one of the largest projects of its kind, a collaboration with Skidmore Owings & Merrill and Edwin Forbes, with a budget of $8.5 million. When Tandy died in 1949, his funeral was held at Harlem’s Saint Philip’s Episcopal Church—a fitting tribute, since he and Foster had designed it in 1910. Portrait of Vertner Woodson Tandy, courtesy of the Division of Rare and Manuscript Collections, Cornell University Library. 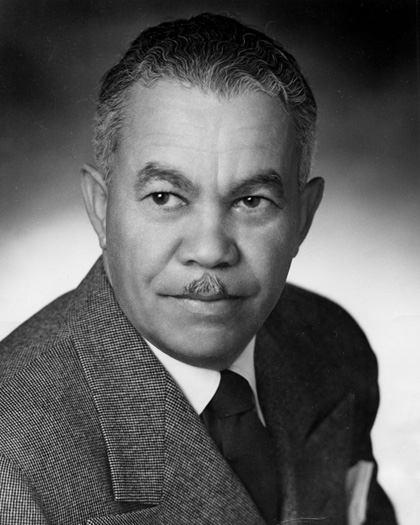 Paul Revere Williams was born in Los Angeles, but it many ways Los Angeles became itself through him. Williams extensive work designing Hollywood homes defines a certain mid-century glamour: The curving staircase, the pink-and-green palette, the retractable screens, the patio flowing directly from a living space, all came in large part from the desk of Williams. The first African American member of the AIA (in 1923) and its first black fellow (in 1957), Williams built houses for everyone from Frank Sinatra to Lucille Ball and Desi Arnaz to Cary Grant, along with the St. Jude Children’s Hospital in Memphis, pro bono, for his pal Danny Thomas. In the end, Williams’ portfolio included thousands of buildings, among them the renovation of the fabulous Polo Lounge at the Beverly Hills Hotel (where he also designed the Paul Williams Suite, named in his honor) and the Georgian Revival-style MCA Building in Beverly Hills. He was also one of the architects who in 1961 designed the futuristic Theme Building at LAX. And his sense of glamour lives on: In 2017, 37 years after his death, the AIA awarded him its Gold Medal, the body’s highest honor. Portrait of Paul Revere Williams by Herald Examiner Collection, courtesy of The American Institute of Architects. 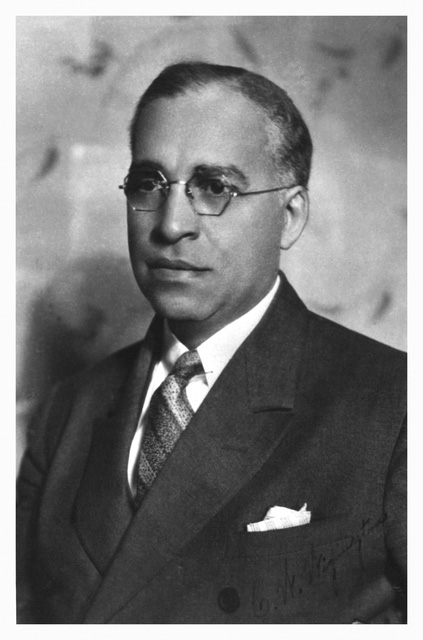 Far from La La Land, the first African American registered architect in Minnesota was hard at work whipping up creations all his own. Clarence W. “Cap” Wigington, who didn’t have a degree in architecture but who worked under then-AIA president Thomas R. Kimball after attending an art school in Kansas, settled in St. Paul in 1913 and became famous for the fanciful yet accomplished architectural ice carvings he created for the city’s Winter Carnival. He built in brick and stone, too, of course, as the country’s first African American municipal architect, eventually contributing 60 buildings that embodied the early 20th century “City Beautiful” movement. His Como Park Elementary School from 1916 defines the modern style, but it’s his later triptych—1928’s Highland Park Water Tower, constructed of Kasota and Bedford stone and still in use today; the 1941 WPA Holman Field Administration Building at the St. Paul Downtown Airport; and a stately pavilion on the Mississippi River, completed that same year and re-named for Wigington in 1998—which earned listings on the National Register of Historic Places. Portrait of Clarence W. Wigington, courtesy of the Minnesota Historical Society. 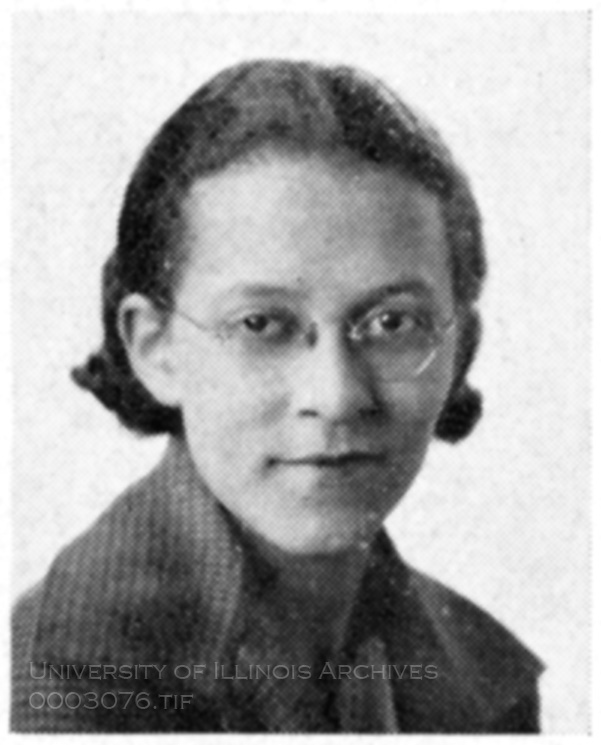 By the time Chicago-born Greene arrived at the University of Illinois at Urbana-Champaign in the early 1930s, the campus was integrated—but just barely. She was the first African American woman to graduate with a Bachelor of Science degree in architectural engineering, in 1936, and the first to earn a master’s in city planning and housing the following year. A coveted assignment working on New York City’s Stuyvesant Town (a complex in which African Americans would not initially…